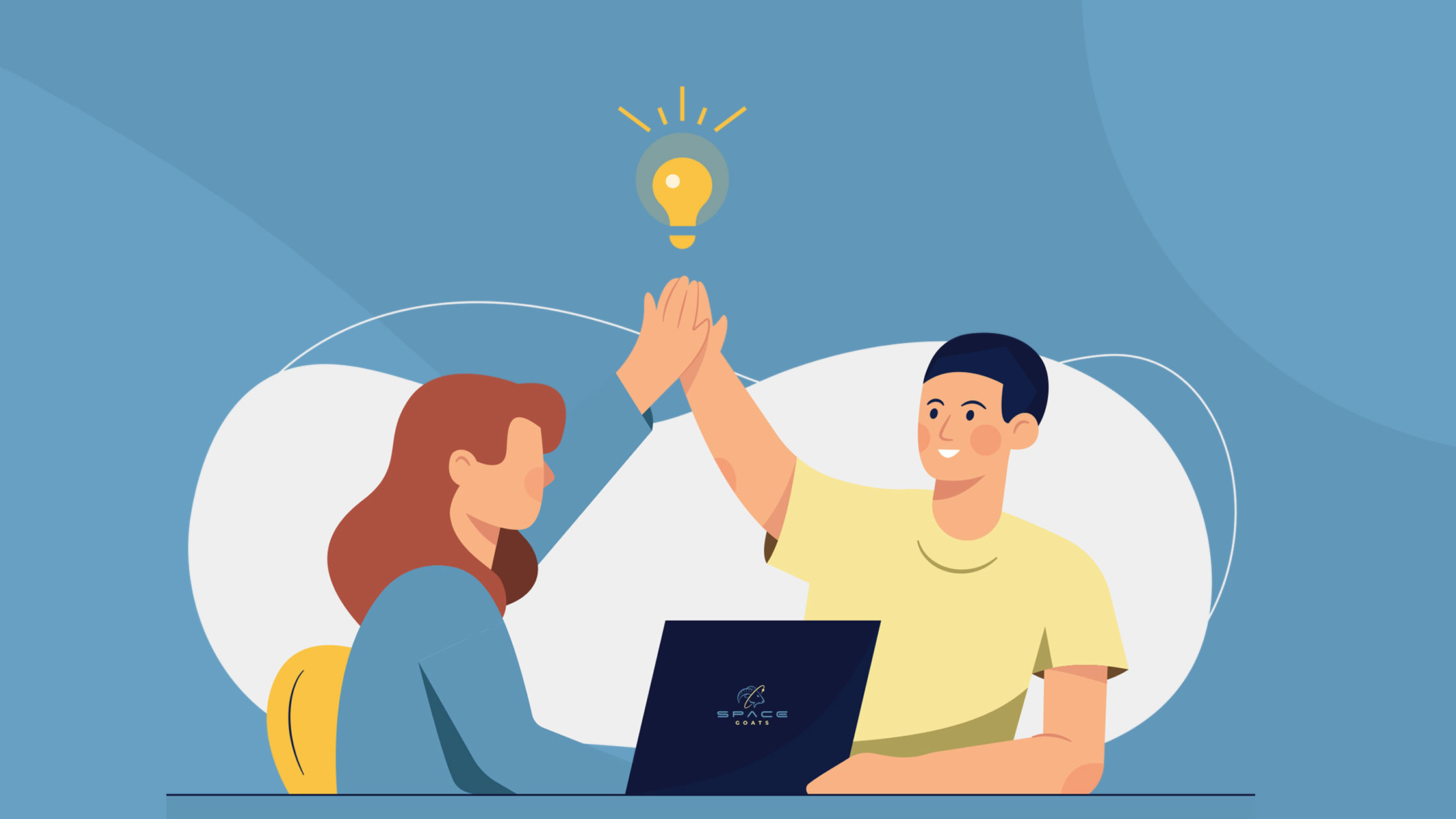 THE PREPARATION: Point of departure

Planning to change your legal form while rebranding – and wondering how to handle that with Amazon? Those were the questions Florian had to face as well. He had already been selling on the German Amazon marketplace as a sole trader. “Some things with Amazon were already not much fun, for example grappling with Amazon support”, he remembers. On top of that, selling outside of Europe with EFN (the European Fulfillment Network) was expensive due to shipping costs, not possible in the UK – one of Florians biggest marketplaces – due to Amazon regulations, and Florian constantly had to be careful not to exceed any delivery thresholds to avoid getting in tax trouble.

This is also when Florian decided to restructure his business and change the legal form. While he was looking for a way to make that change while still selling on Amazon, he found SPACEGOATS.

“I then got the idea to transfer everything to SPACEGOATS, at least for a while, for the change of my legal form from sole proprietorship to Zypern Limited.” His plan was to move everything back once the new company was up and running – depending on how things would go with SPACEGOATS.

THE TAKE-OFF: Needs and aspirations

So on the one hand, Florian was looking for a solution to make the transition in his company as smooth as possible.

On the other hand, he wanted to expand into Europe: “I wanted to make more sales in other European countries and reach a higher profit margin as well, since PAN EU reduces shipping costs.” SPACEGOATS’ pan-European registration was one of the main reasons why this collaboration seemed so interesting to him.

His third expectation was automation. In this area, SPACEGOATS allows Florian to use tools and processes, many of which “wouldn’t have been profitable for me to acquire as a small business, considering the monthly costs”, he explains.

The new company was at the ready – and how were things going with SPACEGOATS? “I never transferred back. That probably already says it all”, says Florian to put it straight. His sales went up noticeably, especially in the UK, thanks to PAN EU and selling in other EU countries also got a lot easier for Florian.

With SPACEGOATS, certain processes change for a seller. “This is sometimes also really cool because you don’t have to grapple with the Amazon support, you don’t have to deal with every little nonsense in the seller central yourself”, lists Florian. On the other hand, it might feel odd for an Amazon old stager when everything is suddenly being handled at SPACEGOATS instead of in the seller central. Florian was happy to give up the extra control effort, though, in order to use all benefits and automations at SPACEGOATS. On top of that, he feels that SPACEGOATS tends to display and regulate things a lot more clearly than Amazon in its complicated ways.

THE EXPERIENCE: Satisfaction with SPACEGOATS

As a SPACEGOATS customer from the very beginning, Florian had to experience some of the typical initial start-up judder, but: “That didn’t happen in the future anymore”, he says. “There was no mistake made a second time.” And even when he as the seller messed something up, as he recounts, SPACEGOATS had no trouble fixing things.

“Now that SPACEGOATS has been in business for a while, you can definitely expect more”, Florian says. And these expectations are being satisfied: Many processes in his business got easier for Florian and he can rely on the fact that occurring problems are being fixed.